We carry out research on topical issues in diverse fields of Justice, Peace, Human Rights and Governance to provide authentic information based on facts, which is subsequently launched and used for advocacy and documentation to address the root causes of injustices and conflicts in society.

Strategic objectives of Research department for 2015-2018

There should be no more excuses for maternal death. The government must act urgently on its health and human rights to reduce maternal mortality. The voices and views of women, particularly the poor must be at the centre of local and national planning action to reduce maternal death and injury. They fully understand how to remove the barriers to maternal health care during pregnancy and childbirth and know how to deal with the issues of poverty, marginalization, and disempowerment. 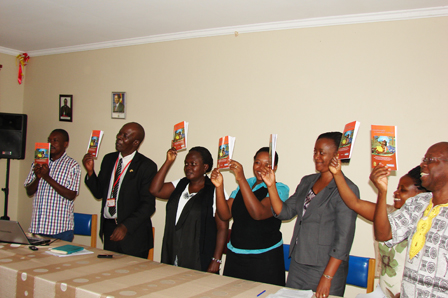 There can be no bystander when rural and urban poor women die in great numbers. What needs to be done is known. The inequality, discrimination and abuse that underlie these deaths can be addressed. Where women’s lives are valued, their dignity respected and their human rights ensured, the promise of safe pregnancy and childbirth can be fulfilled.

The “16 days of mental health activism campaign” was an initiative by JPIIJPC in close collaboration with partners like Heart sounds, Mental Health Uganda, Fountain House, COMHI, Epilepsy Support Association, the Makerere University Art Gallery and the human rights photographer Robin Hammond, and with financially supported by AGEH. The campaign began with a panel discussion and the official opening on September 25th 2014 and ended on October 10th 2014 on the World Mental Health Day. The campaign aimed at raising awareness on the human rights situation of people suffering from mental illness in Uganda and advocacy for improvement in mental health service delivery through a number of advocacy activities including a panel discussion, guided tours and the photo exhibitions, movie screenings, and presentations by organisations working on mental health and human rights issues. The activities were held at the Makerere University faculty of education hall, Makerere University Art Gallery/IHCR and the National Theatre. 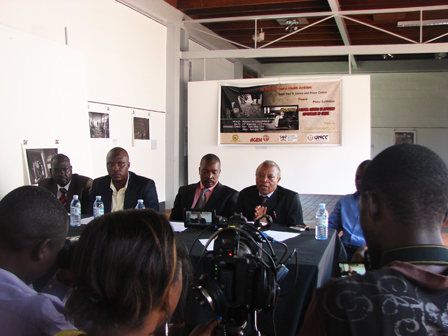 Flyers and posters about the campaign were printed and distributed. Differences audiences including CSOs, students, people from the private sector were mobilized. During the campaign, information was disseminated using panel discussions, presentations and interactive discussions, guided tours at the photo exhibition, skits, beautiful minds’ show case and sharing personal experiences mostly by mental health service users. The media were mobilized for a press conference to amplify the coverage of the campaign.

JPIIJPC convened 32 mental health partners to reflect about the mental health situation, the current stakeholder engagement and to deliberate more on other concrete actions that can be undertaken by their respective institutions to improve the situation of people with mental health problems in Uganda. During the meeting, Dr. Sheila Ndyanabangi the principal medical officer in charge of mental health in the MOH presented a paper about the state of mental health in the country and what the ministry is particularly doing to improve the situation. A documentary by Robin Hammond reflecting how mentally ill people are treated in countries that have experienced war was also shown.

This meeting follows a series of activities that had been previously conducted by JPIIJPC to contribute to improving the situation of people with mental illness in Uganda, including; conducting a research on mental health in post conflict Northern Uganda and launching the findings in Kampala, Lira and Gulu, conducting mental health meetings, participation in awareness campaigns, attending conferences related to mental health and networking.

Presentation on the situation of mental health in Uganda by Dr. Sheila Ndyanabangi

Some highlights from the presentation

Activity 4. Launch of the study on mental health and human rights 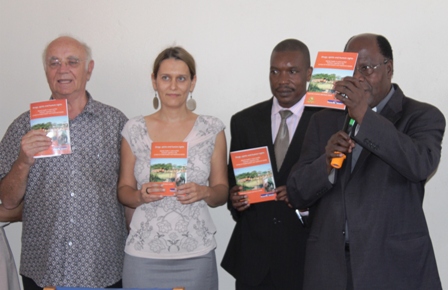 The study on the human rights situation of people with mental health problems in the post-conflict region of Northern Uganda, with the title “Drugs, Spirits and Human Rights. Mental health in post-conflict Northern Uganda in the context of modernization and traditional beliefs”, has been officially launched on January 24th in our new premises in Kampala. The study explores the scope of the problem, the attitudes and behaviour of the communities towards people with mental ill-health and the available treatment options. The presentation was received with a lot of interest from the participants and was followed by a lively discussion among mental health professionals, mental health service users and NGO representatives.